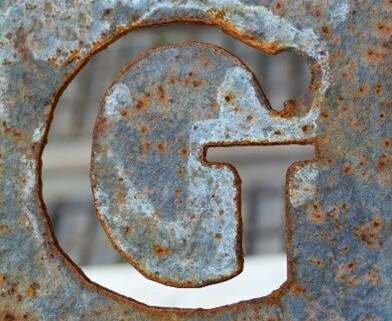 After a student has learned Borrower C, we introduce Borrower G. The visual aid for this rule is also a train track. During the introduction, the tutor should point out the similarities and differences between the diagrams for ‘C’ and ‘G’.

Tutor: Believe it or not, there is another borrower rule that is related to Borrower C.  It is Borrower G.

Student: Don’t we already have a sound for ‘G’?

Tutor: You’re right, we do. ‘G’ is unlike the other borrowers because it DOES have a sound of its own – /g/. But, ‘G’ is greedy.  Not only does ‘G’ like to say his own sound, he also likes to take the sound of another letter.  Do you know what other sound ‘G’ can make?

Tutor: That’s right! Just like in giraffe or page.  So our job is to predict when ‘G’ will make its own sound, or when it could borrow the sound of ‘J’ instead.  To do this, we need another train!

Tutor: Let’s take a look at the Borrower C picture so you can see how these two trains are the same and the important ways they’re different. Just like the ‘C’-train, it is the same three magic letters that make ‘G’ change – ‘I’ ‘E’ and ‘Y.’ However, what difference do you see when the ‘G’-train comes to the sign post?

Student: It looks like the train has a choice.

Tutor: Exactly! Because ‘G’ has a sound of its own, it always has a choice of keeping it.  The problem is that there is no way to predict whether the ‘G’ will say /g/ or /j/.  It is up to us to decide which way is correct.  Take for instance the word gem.  There are actually two ways of saying this word.  If I make the ‘G’ say /g/, it would sound almost like saying gum: gem.  Does that sound like a word to you?

Student: I think I get it!

Tutor: Believe it or not, if I went through the entire dictionary, I wouldn’t be able to find one word that ends with the letter ‘J.’  We just don’t use ‘J’s at the end of a word.  So, if I can’t use the letter ‘J’ at the end, what is the only other way to spell that sound?

Tutor:  Yes!  And that is why ‘–ge’ at the end can’t have a choice.  There just isn’t any other way to spell that sound at the end of a word.  Now let’s look at some nonsense words and real words that use BorrowerG. 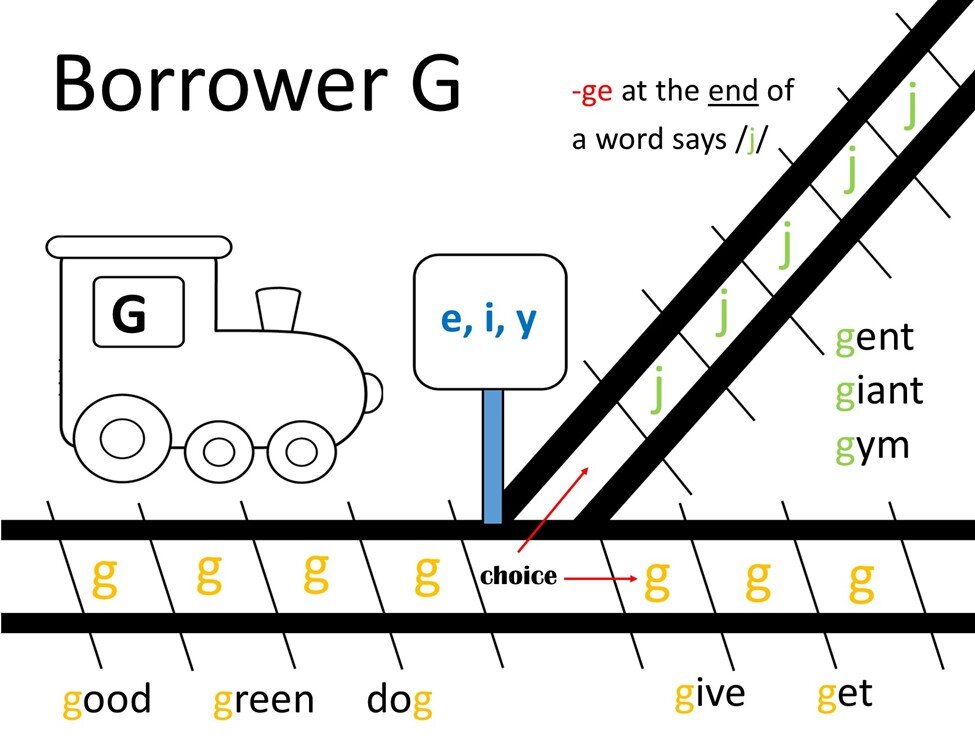 The Borrowers: Part Four – The Letter X
Scroll to top