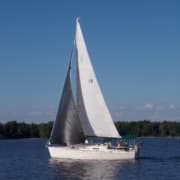 As we develop as readers, we begin to notice the various ways that vowels can combine to make new sounds. The next concept to introduce to students is the rule for “Two Vowels Go Walking” (TVGW). This rule allows us to introduce the vowel digraphs: ai, ea, oa. It always helps to begin with a review of the long vowel sound, and the rules we already know for making it (vowel+e, and final e). Next, we can establish that there are three additional ways to make long vowel sounds. The way we can remember these is with the saying: “When two vowels go walking, the first one does the talking.” The talking in this instance is the first vowel making its long vowel sound. Be sure to touch on the fact that the ‘i’ and ‘u’ do not have a walking partner to help them say their name.

The following is an example dialogue for introducing the “Two Vowels Go Walking” rule:

When introducing Two Vowels Go Walking, it can be helpful to look at the limitations of the final e rule (that is, it can only jump over one sound).  This primes the student for considering other ways that we can make a vowel say its name (without the use of the letter e).

Tutor: “Final E is a great way to make a vowel say its name, but it has a problem.  The e can only jump over one consonant sound.  So what do we do if we have two consonant sounds after the vowel?”

Tutor:  “Today, we are going to learn about Two Vowels Go Walking.  The great part about this rule is that it has a rhyme to help us remember the rule.  It goes, “Two Vowels Go Walking and the first one does the talking.”  To further help us remember the rule, we will draw a picture of a sailboat floating in the sea.  Why do you think a picture would help us with this rule?

Student:  “Because our brain thinks in images?”

Tutor:  “You’re right! Anytime we can associate a picture with something, it makes it easier to remember.  (The instructor draws TVGW card )  Let’s look at what we have here.  I have three words in this picture: sail, boat, and sea.  What vowel is saying its name in sail?

Tutor: “Good.  Now can you think of what vowel helps ‘a’ say its name in sail?”

Tutor: “Fantastic!  So now you can see how the rhyme works.  Two Vowels Go Walking (A and I), and the first one does the talking.  The ‘a’ gets to say its name.”  Now, what vowel is saying its name in boat?

The tutor should repeat this process for the letters O and E (boat and sea.)

Tutor: “The problem is that Two Vowels Go Walking doesn’t work for all of the vowels.  ‘I’ and ‘U’ don’t get to say their names with TVGW.  This is why the picture is so important.  It helps us remember what vowels DO work with TVGW.  So let’s show that by having the ‘i’ and ‘u’ floating in the sea.” 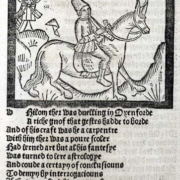 Before introducing this concept, it is helpful to quickly review the difference between the long and short vowel sounds (or when the vowel says its sound versus it name). We can recall that a vowel can make its long sound, or name, when it is followed directly by an ‘e,’ such as in frae*, see, pie, toe, due.

We can now draw our attention to the rule itself, which allows the ‘e’ to influence the vowel by jumping over one sound; for example, in words such as “game,” “here,” “time,” “home,” or “mute.” It is important to discuss the fact that the ‘e’ can influence the vowel over one sound, as in “clothe” or “bathe.” This can sometimes be challenging for some students to grasp due to the tricky nature of digraphs.

The final e rule is a remnant of the Great Vowel Shift in the English language. Long ago it was pronounced. However, over time, and for efficiency, it became silent. This makes for some unusual problems when explaining this rule that some students may pick up on.

In some cases, the ‘e’ will influence the vowel over two consonant sounds, such as in “taste,” or “paste.”

In other cases, the ‘e’ will be truly silent and its purpose is to aid us in spelling and recognizing homophones. This shows up in words such as: “lapse v. laps” or “tease v. teas.”

The concept can be presented as simply or as complexly as you like. With some reading and spelling practice, anyone can master the final ‘e’ rule.

The following is an example dialogue for introducing the final ‘e’ rule:

Tutor: “An ‘E’ can make any vowel say its name.  Sometimes the E is right next to the vowel while other times it is one letter away.  This is known as the Final E rule.”

Student:  “Is this the same as magic e?”

Tutor: “Good.  You will notice that it does the same job as having the E right next to the vowel, only now the E is one letter away.  There are two things we need to remember about Final E though.  First, it can only jump ONE consonant sound, and the E is SILENT.  That is why this rule is sometimes known as silent e. Also, the E with a final e, is not as common as two together (ee), like in the word feet.”

Tutor:  “Now let’s take a look at some nonsense words and real words that use Final E……..” 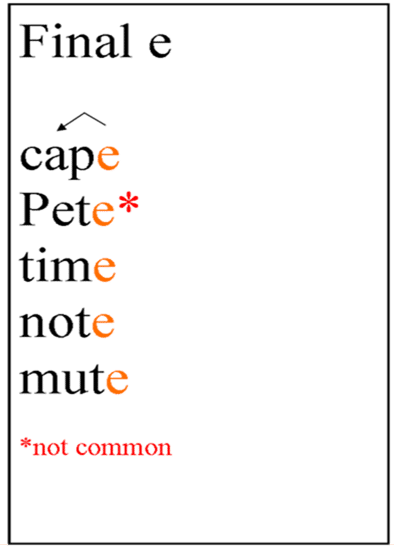 *I was stretching for an example of /ae/ here. Frae is a preposition of Scottish origin meaning from.

†A page of Middle English text from The Canterbury Tales by Geoffrey Chaucer. Note the presence of the final e.